Home Fitness & Exercise The Benefits of Running For Overall Health 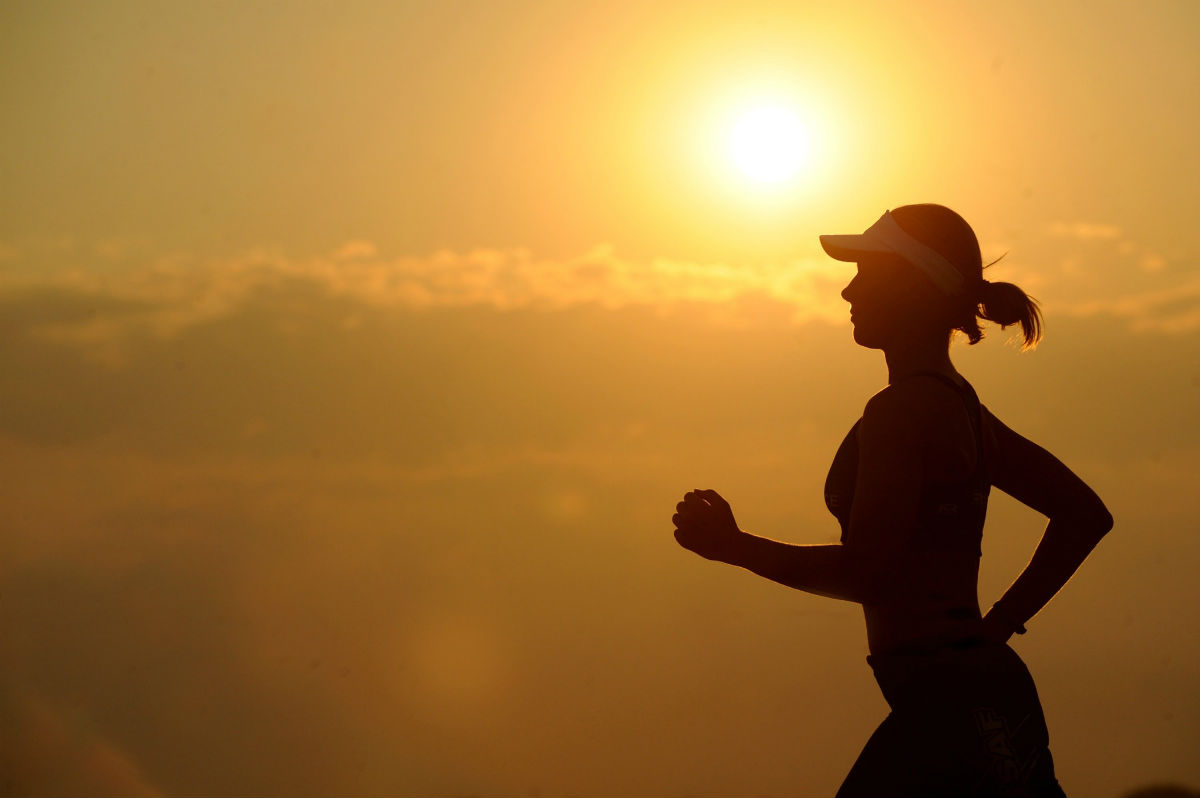 Running is one of the best types of fitness workouts because it strengthens the cardiovascular system, bolsters immunity to disease and illness, tones muscles and promotes weight loss. Though such strenuous activity is not for everyone, research has confirmed the multiple benefits of running for overall health. It is not only aerobic exercise, but also qualifies as a cardio workout because of the elevated heart rate that results.

Few forms of exercise burn more calories. One study found that a person racing for one hour on a treadmill can shed as many as 800 calories. The researchers reported that using a stationary bicycle, rower or other sort of exercise equipment is not nearly as effective.

Running makes the blood pump faster, which delivers oxygen, enzymes and hormones to the muscles. Muscle mass and bone density improve, and inflammation becomes less likely. Going for a run every day is known to lower the risk of cancer, heart disease, strokes, Type 2 diabetes and high blood pressure. There is evidence that it helps prevent a number of other illnesses, as well, including macular degeneration and cataracts.

Because running aids in maintaining a healthy weight, it helps preserve the cartilage in joints. That lessens the danger of degenerative ailments like osteoarthritis. There are emotional and mental benefits, too. Studies have shown that running improves thinking, learning and memory skills, while discouraging depression and addiction.

Running puts extreme pressure on the body. Starting slowly and employing the right techniques are necessary to avoid injuries to the knees, ankles, feet, hips and pelvis. How long and fast to run depends upon the individual. Overweight people are the most prone to getting hurt. Older runners and those with heart conditions also should be extra careful. Consulting with a health-care provider before adopting this form of exercise is a good idea.

Research indicates that those who run more than 40 miles per week are putting themselves in the danger zone for injuries. Some trainers recommend limiting such workouts to between three and five days a week. Warming up before running with stretches strengthens leg muscles, which takes pressure off the knees and ankles.

Runners need to pay attention to their heart rates. To determine the ideal rate, they should start by subtracting their age from 220. Seventy percent of the resulting figure is considered the optimal number of heart beats per minute. It is the rate at which the most fat and calories are burned, without exerting excessive stress on the cardiovascular system.

Injuries are less common for runners who keep their spines straight rather than bend forward, hold their heads high, and look ahead instead of at the ground. Breathing deeply, keeping neck and shoulder muscles loose, and not lifting the legs higher than necessary also are advised. Runners should keep their arms close to the body, moving them forward and backward rather than across the torso.

Wearing the right kind of shoes is essential. Footware designed for running has more padding and support than other kinds of shoes. No other equipment is required, though runners should carry water and maybe a heart-rate monitoring device. Clothing needs to wick, not absorb, water.

Researchers believe using a treadmill is just as effective as running on a track or street. Running outdoors burns a few more calories because of wind resistance, but a treadmill is gentler on the legs and joints.