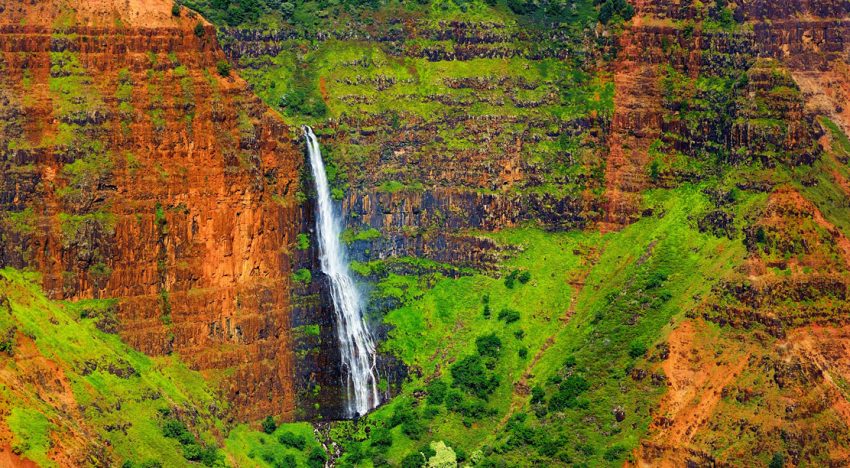 There are so many wonderful sites and activities to experience in Hawaii. You can visit the islands again-and-again and find a multitude of activities to do and stunning locations to visit. So, coming up with a Hawaiian bucket list is difficult as we limited it to 10 of the best activities and locations on these beautiful islands.

Of course, this is our shot at a Hawaiian bucket list and includes our recommended “can’t miss” to-dos and locations to visit. As mentioned, there are a great many activities and locations that could be on this list and you will undoubtedly have your own. In that case, we would love to hear from you.

It seems appropriate to start with this volcano on the island of Maui since volcanoes formed all of the Hawaiian Islands. Known as the “House of the Sun” according to Hawaiian legend, Haleakala emerged from the ocean floor more than one million years ago when the Pacific Plate drifted over a hot spot deep within the earth, melted the earth’s crust, and spewed lava at the surface. Over time the hardened lava accumulated, and along with forces of erosion from wind and rain, the formidable height and shape of Haleakala was produced. Though frequently referred to as a “crater” this is a misnomer:  Geologists regard the volcano’s hollow as an “erosional depression” in that it was created by two valleys merging. Popular activities at Haleakala include arriving before dawn to watch the sun rise, watching sunsets, taking hikes through the crater, camping, and you can even rent a bike and pedal from the top of the mountain all the way to the bottom!

While we’re on the subject of volcanoes, another not-to-be-missed attraction is this UNESCO/World Heritage site 45 miles south of Hilo. Here you can witness some of nature’s most awe-inspiring wonders, including Kilauea – one of the most active volcanoes in the world having erupted 34 times since 1952. Within the park’s boundaries there are 150 miles of hiking trails through volcanic craters, scalded deserts, rainforests, a visitor’s center, petroglyphs, and a fun excursion through a lava tube.

This rugged coastline runs for fifteen miles along the northwest boundary of Kauai. Not accessible by car, you must either hike in, helicopter over, or take a boat tour along the coast. The jagged cliffs rise as high as 4000 feet above the Pacific Ocean and end abruptly at the sea, and you can view lush green valleys, ocean caves, and cascading waterfalls that journey all the way down to the sea from thousands of feet above. Extensive stone-walled terraces can still be found on the valley bottoms where native Hawaiians once lived and cultivated taro. This is one of the most beautiful and recognizable coastlines in the world, having been used as a film location for many movies (Jurassic Park, Six Days Seven Nights, and King Kong among others.)

Site of the devastating surprise attack by Japanese forces on the US Pacific Fleet on December 7, 1941 – which drew the US into World War II – this is a must-see for any history buff. On that fateful day, eight battleships, over 300 airplanes, and nearly twenty other naval vessels were damaged or destroyed in the attack. More than 2400 Americans were killed and another 1000 were wounded. Today visitors can take a boat ride to the memorial over the USS Arizona which still lays where she sank, as well as to markers showing where the other battleships were docked during the attack. The site includes a museum, Visitor’s Center, and walking area where tourists can view some of the planes and weapons used in WWII. The USS Missouri – site of the official Japanese surrender ending WWII – is now also docked in Pearl Harbor and offers onboard tours, so visitors can technically see where the war started and ended for the US all in one place.

This 64 mile-drive with more than 600 turns leads to countless waterfalls, coves, beaches, charming small towns, and spectacular look outs. Some of the sights and activities along the way include a hike to Twin Falls – picturesque waterfalls with a large swimming area; The Garden of Eden Arboretum with its immaculately kept grounds and 100 year old mango tree; The Hana Lava Tube with a garden maze nearby both of which are fun to cruise through; Haleakala National Park – this portion of the park includes the Seven Sacred Pools, the Pipiwai Trail, and Waimoku Falls, as well as ancient Hawaiian ruins to explore; and Palapala Ho’omau Church – one of the prettiest, most simple churches you’ll ever see, nestled among beautiful tropical foliage with Charles Lindbergh’s grave nearby. Take a whole day to make this drive so that you can stop at your choice of sites and enjoy the activities along the way.

Mother Nature gave the world one of its most magnificent sights with Waimea Canyon. Located on the western side of Kauai, this canyon is approximately 10 miles long and up to 3000 feet deep and is also known as the “Grand Canyon of the Pacific.” The area is full of hiking trails, camping sites, lookouts, wild foliage, tropical cliffs, green-and-pink scenery, striking rainbows, and mesmerizing waterfalls – truly a nature lover’s paradise. Waimea is the Hawaiian word for “reddish waters” – a reference to the erosion of the canyon’s red soil.

Maui is a top whale watching spot for boat-based viewing. Most of the whales that migrate to Hawaii from late November to mid-April bask in Maui’s warm, hospitable, and generally calm waters in the shallow Auau Channel between West Maui, Lanai, and Molokai. Whales are often also seen near the Big Island along the shores of the Kohala Coast, as well as in Hilo Bay on the east side of the island.

A highlight of any trip to Hawaii is slipping into the warm waters to swim alongside these playful mammals. After feeding in deeper waters at night, Spinner and Spotted dolphins come close to the Kona shore during the day where they can interact with boats, playing in their wakes. A boat tour/swim-with-dolphins package allows you to see them in their natural environment, with guides that are sensitive to and protective of these wild creatures.

This hiking trail offers an 11-mile trek into paradise, and is the only way to access the Na Pali Coast by foot. The trail begins on Kauai’s north shore at the end of Hwy 56 at Ke’e Beach in Haena State Park. The most popular section is the first two mile stretch from Ke’e Beach to Hanakapiai Valley. If you are feeling a bit more adventurous you can trek two more miles inland to Hanakapiai Falls. The remainder of the trail is for experienced hikers with the proper permits and camping gear. No matter how far you go you will encounter a vast array of verdant valleys, cascading waterfalls, intriguing sea caves, and gorgeous vistas.

Yes, this probably sounds kinda cornball, but seriously, can you think of anything better than a boat ride to watch the gorgeous colors of an Hawaiian sunset, warm breezes tickling your skin, listening to Hawaiian music that caresses your soul, as well as watching the city lights of Honolulu/Kona/Kaanapali/etc twinkling their reflections in the gentle rolling of the Pacific Ocean? Not to mention that an open bar is typically included with the price of admission. Honestly, there’s not a much more “Hawaiian vacation” thing to do than this.

While other activities abound in the Hawaiian Islands – kayaking, watching the waves and surfers, visiting myriads of famous waterfalls, snorkeling the clear Hawaiian waters, luaus, cliff diving/rock jumping, helicopter rides, ziplines thru paradise, etc -we feel sure that this “bucket list” won’t leave you disappointed!